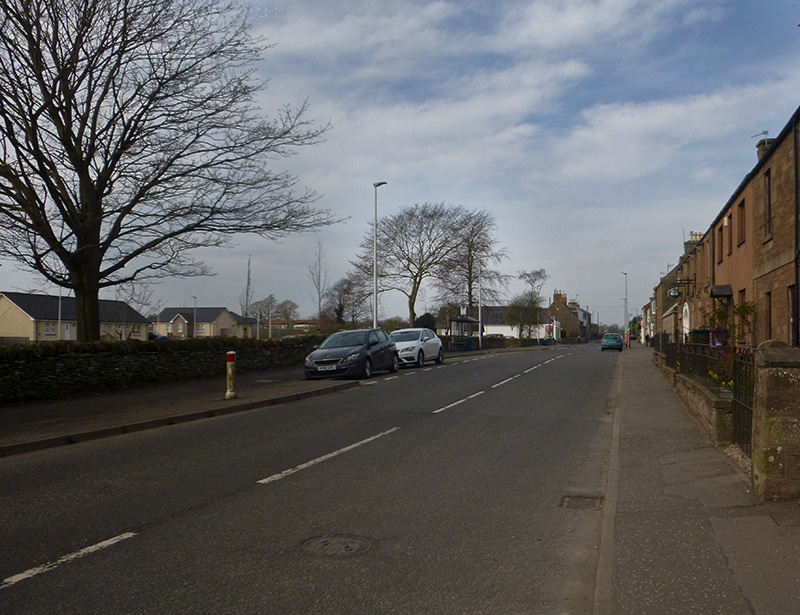 I used to say that if anyone wanted a glimpse of what Scotland might look like after a nuclear war all they had to do was go for a drive through the farmlands of Buchan on a wet Sunday in November. 🙂

I was joking of course and perhaps the title of this article is just a teenzy weenzy bit tongue in cheek too.

Had a lovely walk this morning and as usual met no one once out of the largely deserted (post apocalypse) village. 😀

People here are really behaving well and very responsibly. Delimiting chalk marks on the pavement outside the chemist shop are being respected and folk are keeping their distance from each other. The only offenders seem to be a few dog walkers who still seem to think letting their dogs run free off the lead is OK. It’s not. It could bring people into closer contact, don’t be an idiot, stop it!

I saw one dog making a bid for freedom today through a field of daffodils. The owners, who I spotted letting it off the lead in the park earlier, were nowhere to be seen. I wonder if they got it back and now understand what a lead is for?

We are really lucky here, Angus has a huge network of footpaths offering a variety of walks. OK the scenery is a bit agricultural and is not going to feature in many Visit Scotland promotions, but it’s OK and it’s quiet.

Apparently there is now talk within government of outside exercise being banned if the few Muppets who refuse to obey the rules don’t start acting responsibly. Brilliant – collective punishment communist China style caused by a virus from China. You could not make it up.